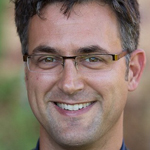 Anders is Professor of Dynamics of the Climate System, and chair of the Sustainable Solutions research domain. He received his Ph.D. in theoretical physics in 2003, after which he started to work on climate dynamics at PIK. Initially as a Postdoc with a scholarship of Gary-Comer-foundation, he became Junior Professor in 2006. His research has taken him to the USA, India and China, and focuses on so-called Tipping Elements of the climate system. He is currently head of the PIK-flagship project TUMBLE on the stability of Greenland, Antarctica, monsoon and ocean circulation. He is also a lead author of the Sea Level Change chapter in the 5th IPCC Assessment Report, and a founder of the climate-science blog KlimaLounge.