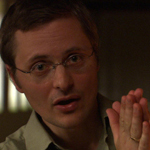 Malte is a Senior Researcher at the Potsdam Institute for Climate Impact Research and also a Senior Honorary Visiting Researcher at the University of Melbourne. In 2009 he and colleagues argued in Nature that humanity’s cumulative CO2 emissions from fossil fuels should not exceed a trillion tonnes if there is to be a good chance of avoiding a global temperature rise of more than 2ºC. Malte sees global mean temperature as an indicator for multiple regional climate impacts and their severity. He expects to model the long cause-effect chain with its many uncertainties—from climate protection agreement rules, national emissions to global temperatures and further to regional impacts, sea level rise etc -  for many more years. Malte has a PhD in climate science from ETH Zurich, Switzerland, and has been a member of the German delegation to the UNFCCC negotiations as scientific advisor since 2005.