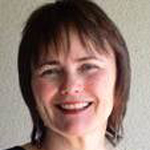 Since establishing Blueskin Films Ltd in 2002 Catherine has produced a slate of international award winning films working with new and recognised talent and contributed creatively to the production of many more. Her most recent success has been as producer of the Samoan-language drama O le Tulafale (The Orator), released in cinemas last year in New Zealand and Australia after an award winning world premiere at the 2011 Venice Film Festival, which launched it on the international festival circuit. Her background since graduating from the University of Otago in 1977 comprises her own creative work and academic achievements in English literature and history of criticism; expertise and experience in innovative policy development, strategic planning and management in film, broadcasting, new technologies and the tertiary education sectors. She is also currently Executive Chair, NZ Film Festivals Trust.