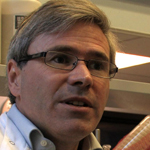 Martin has been Professor of Petroleum Engineering at Imperial College since 1999. After gaining MA and PhD degrees in theoretical physics from Cambridge University, he joined BP as a research reservoir engineer with BP, and later moved to the US, becoming an Associate Professor of Petroleum Engineering at Stanford University. His research interests are in flow through porous media, with applications to oil and gas recovery, contaminant transport and clean-up in polluted aquifers, and carbon capture and storage deep underground. Most of this work involves theoretical and experimental studies of liquids and gases in porous sedimentary rock systems. He has written over 200 scientific papers, and in 2011 he was awarded the Uren Award from the Society of Petroleum Engineers for outstanding contributions to the technology of petroleum engineering made before the age of 45.